Focus On The Negative 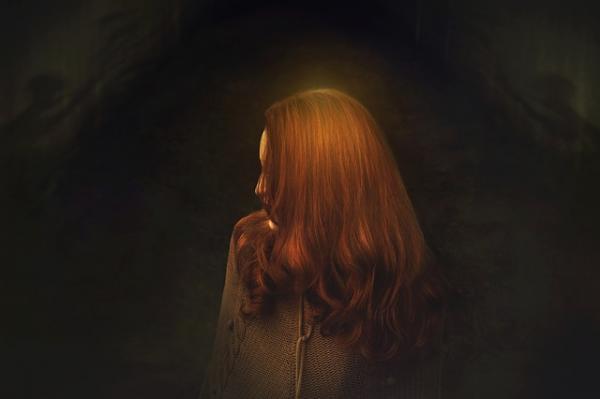 “Think positive,” is the call coming from coaches. “Just let the negative thoughts float away,” a phrase many a Yoga instructor has uttered. It has been my observation that these well-intended recommendations simply fall way short for many people. They’re just impossible to carry out. Sure, on the surface many people who claim to be enlightened seem to peaceful, loving folk. And I don’t doubt that their behavior matches that. However, what goes on in their head, your head, yes, my head is likely very different.

And I would like to dig even a little deeper, beyond the thoughts that cross our brain. Consider the ones that never make their way to the level of our awareness; the so-called subconscious? Those are the ones that I believe control our lives in ways of which we have no idea.

For those of you unfamiliar with my work, here is the short version of how I believe our brain operates. The predominant brain is what I have called the Automatic Brain, or AB. The AB is primitive, animalistic, highly reactive, and on autopilot. Its only function is to protect us from danger, threat, or vulnerability. The way it does that is by storing information; most actively between birth and adolescence. When our experience matches stored information that indicates potential danger, the AB causes us to fight or flee. Because our AB is more highly evolved than other animals, we are capable of having thoughts, which are part of the fight-or-flight reaction caused by this brain—arising from the reaction itself, as well as helping to perpetuate it (for our “safety”, of course).

Here are 10 reasons why and how to focus on the negative. First the why:

1. It’s running the show whether you like it or not

Much of the information stored by the AB is sitting deep in its memory banks, well below our level of awareness. Nevertheless, the AB is actively referencing it against our experiences. The fight-or-flight stored in our memory banks can be in the form of emotions generated by thoughts. The most prominent is anger, even rage. You see, anger is the ultimate fight response and often originates from any circumstance where we perceive being “one-upped” or have lost the security of being loved.  These are tucked away neatly in the danger memory banks of the AB. To the AB everything holds the possibility of danger, therefore it refers back to these memories all the time, yet we are unaware.

“How absurd,” you say?  Not really to the AB. It turns out the AB is concerned about only one thing—to keep us safe. Having a Pollyanna attitude can leave us unprotected, guard down, vulnerable to attack. Those subconscious emotions are a good place to go in order to distract us from such “dangerous” places and that’s precisely what happens.

3. The subconscious is at the root of many physical and mental illnesses

As you proceed in life, danger abounds; usually not real danger, but as long as the possibility of it exists, your AB will go into action. The negative emotions/thoughts stored in the danger memory banks can cause you to fight or flee even situations in which you wish to be. The resultant electrochemical reaction can cause a slew of physical and psychological problems.

4. The negative emotions themselves can represent danger

Since our AB is storing information from childhood, it has a lot of crazy stuff in there. Additionally, other life experience may have caused emotions, as anger toward a particular person, and facing the anger leads to much guilt. Unfortunately, since our AB does not think and only reacts, just because we suppress these feelings, it still uses them to “keep us safe”.

5. We can never know positive if it were not for the negative

Everyone has a story and every story has its share of negative. We must be aware that our AB’s default is to the negative as the negative is what eventually can hurt us. In fact, it is this negative that allows us to have some perspective on the meaning of positive.

Here’s the how to effectively focus on the negative:

6. Meditate on past persons, places, or things that caused, or still cause, you anger and rage.

7. Write them down in explicit detail; mainly why they cause such anger.

8. Understand that this exercise is not to be unforgiving or confrontational. It is to diffuse the power of these subconscious emotions, not relive them. Keep what you find to yourself until they no longer cause a reaction.

9. As you bring them up to the level of awareness, you will begin to see how they play a role in your everyday circumstances—from your relationships at home, to those in the workplace, to your feelings about yourself and perhaps your own inadequacies.

10. The more detailed you can be, the more freedom you will feel.

When you bring these negative emotions up to the level of awareness and consciousness, you begin to open the access door to your Mind, the gateway to our Divine nature, where there exists a peace that seems impossible for our mortal brains to comprehend.

Location: Blog >> Focus On The Negative