8 Foods That Get You in the Mood 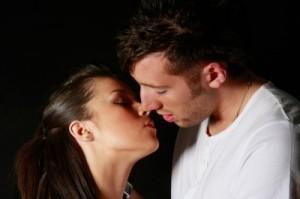 One might argue that sexual intimacy in a monogamous relationship is one of the greatest blessings bestowed upon humans. As far as we know, humans are the only animals who are driven to sexual intimacy for other reasons besides procreation. However, sometimes in a relationship, the drive for intimacy is not as great in one than the other, which can lead to resentment, feelings of inadequacy, and enhanced insecurity. To be sure, there are no magic bullets to enhance this drive, but the below 8 foods may do just the trick.
1. Chocolate - Chocolate contains theobromine and phenylethylamine, chemicals believed to produce the feeling of "being in love." (incidentally, this is the former is what causes chocolate to be toxic to dogs).

3. Saffron - A 2011  review of more than 200 international studies on consumable aphrodisiacs, rejected almost all as invalid. However, one spice held up to the researchers' close scrutiny: saffron. Saffron appears to have aphrodisiac properties for both men and women and also helps with anxiety, insomnia, PMS and insulin resistance. It contains antioxidants including crocin, crocetin, and safranal. These are believed to be responsible for increasing sexual desire and arousal by increasing blood flow to sexual organs and the analysis of studies revealed sexual encounters increased after consuming the spice.

4. Watermelon - Watermelons contain phyto (plant)-nutrients, among them, is citrulline. When watermelon is consumed, citrulline is converted to the amino acid arginine through certain enzymes. Arginine boosts nitric oxide, which relaxes blood vessels, the same basic effect that Viagra has (causing blood to stay around longer in the sexual organs for men and women).

5. Figs - Figs are very effective at increasing libido in both men and women and its mainly due to the high levels of amino acids found in figs. Amino acids play a vital role in normal sexual function and will help increase levels of nitric oxide in the body. The fig is said to increase sexual stamina, as well.

6. Cayenne pepper- This hot spice improves blood circulation to the sex organs.  Cayenne is also believed to release endorphins, the feel-good chemicals that diminish the sense of pain and lead to feelings of euphoria.

7. Ginger - Ginger is an excellent spice with many benefits. Ginger will stimulate a women's sex drive, increase performance, and in men, improve the duration of an erection. Ginger also increases blood flow to the sex organs and can mimic body heat produced during sexual excitement.

8. Almonds - Almonds are a major source of essential fatty acids providing the foundation for the healthy production of male hormones, important in regulating sex-drive (among other things). The smell of almonds is found to arouse passion in women. Additionally, they are high in the amino acid arginine, that you may remember from our discussion of Watermelon. above.
comments powered by Disqus

Location: Blog >> 8 Foods That Get You in the Mood